What is the Value of Gold?

Whether you’re a gold enthusiast or interested in investing sometime soon, it’s important that you know where gold comes from and how it is refined. The higher your gold education, the better investment choices you’ll be able to make.

We already know two of the out of this world origins for gold on Earth: particles of gold dust aimlessly floating through the universe prior to a supernova forming our solar system, and gold-encrusted asteroids striking our planet and burying the gold deposits they carried deep inside the Earth.

When not meandering through the universe in the form of time particles, gold has been found in ore rocks on Earth formed from the Precambrian time onward. It most often occurs as a native metal, typically in a metal solid solution with silver, which is why we see a lot of silver-gold alloy in the gold market today. These alloys usually have a silver content of 8–10%. Electrum alloy is elemental gold with more than 20% silver. Electrum’s color runs from golden-silvery to silvery, dependent upon the silver content. The more silver, the lower the specific gravity.

Gold occurs in several different forms within nature that mankind has learned to extract through various mining techniques.  Mineral form gold is called a vein which is found in bedrock or soil as well as rivers. Gold nuggets take the form of irregular and polymorphic shapes which appear more rounded when located within the water. Gold has been estimated to average at 6 000 tonnes to 1000 cubic meters scattered in its forms throughout the Earth’s crust.  Over the ages mankind has learned several efficient ways to mine for gold in both its mineral or nugget form.

One technique of gold extraction occurs when prospectors find a gold-ore rich land and begin digging mines in search of gold nuggets. In modern times, the land being mined takes on the appearance of a quarry which is shaped using mechanical methods. When the gold is found, it is usually encrusted on to other minerals as particles. It is separated chemically with cyanide and mercury solutions. The extraction sites usually grow massive over time.

A second technique is called panning for gold. This strategy takes a considerable amount of patience and is normally done in the open air in river beds. Using something called a pan, which is a special type of strainer, the prospector scoops up gravel and sediment from the stream or river bed. Gently, the pan is then shaken which separates the sediment. This reveals the hidden gold dust in its mineral form. This second method is widely known as a leisure activity of which is very popular in current times. It is practiced by both amateurs and professionals. It takes a great deal of luck to find a large amount this way, however, it is still an effective means of extraction.

Native gold occurs as very small to microscopic particles embedded in rock, often together with quartz or sulfide minerals such as pyrite, or Fool’s Gold, formed in lode deposits. The metal in a native state is also found in the form of free gold flakes, grains or larger nuggets that have been eroded from rocks and end up in alluvial deposits called placer deposits. Such free gold is always richer at the surface of gold-bearing veins owing to the oxidation of accompanying minerals followed by weathering and washing of the dust into streams and rivers, where it collects and can be welded by water action to form nuggets.

Recent research suggests that microbes can sometimes play an important role in forming gold deposits, transporting and precipitating gold to form grains and nuggets that collect in alluvial deposits.

Another recent study has claimed water in faults vaporizes during an earthquake, depositing gold. When an earthquake strikes, it moves along a fault. Water often lubricates faults, filling in fractures. About 10 kilometers, or 6 miles, below the surface, under incredible temperatures and pressures, the water carries high concentrations of carbon dioxide, silica, and gold. During an earthquake, the fault jog suddenly opens wider. The water inside the void instantly vaporizes, flashing to steam and forcing silica, which forms the mineral quartz, and gold out of the fluids and onto nearby surfaces.

Because gold deposits are found in small amounts everywhere deep inside the Earth, the world’s oceans contain gold particles. Gold concentrations from water found in the south Atlantic and central Pacific oceans are minuscule, yet about the same. Mediterranean deep waters contain a slightly higher concentration of gold, which is attributed to wind-blown dust and rivers which also contain trace amounts of gold. Based on the samples taken from various bodies of water around the world, it is estimated that the entire Earth’s ocean contains 15,000 tonnes of gold.

The largest gold deposit in known existence is in the Witwatersrand Basin in South Africa. Judging from the 300 kilometer crater that still marks the basin to this day, scientists estimate that it was caused by a massive golden asteroid striking the Earth around 2 billion years ago, which is much more recent compared to the sites of many functioning gold mines today that were formed by asteroids over 4 billion years ago.

Production in 1970 accounted for 79% of the world supply, producing about 1,480 tonnes. In 2007 China processed 276 tonnes of gold and overtook South Africa as the world’s largest gold producer. This was the first time since 1905 that South Africa has not been the largest producer of gold.

As of 2013, China was the world’s leading gold-mining country, followed in order by Australia, the United States, Russia, and Peru. South Africa, which had dominated world gold production for most of the 20th Century, fell into sixth place.

Find out more things you didn’t know about gold in Ask About Gold by Michael Ruge, available on Amazon and wherever fine books are sold. 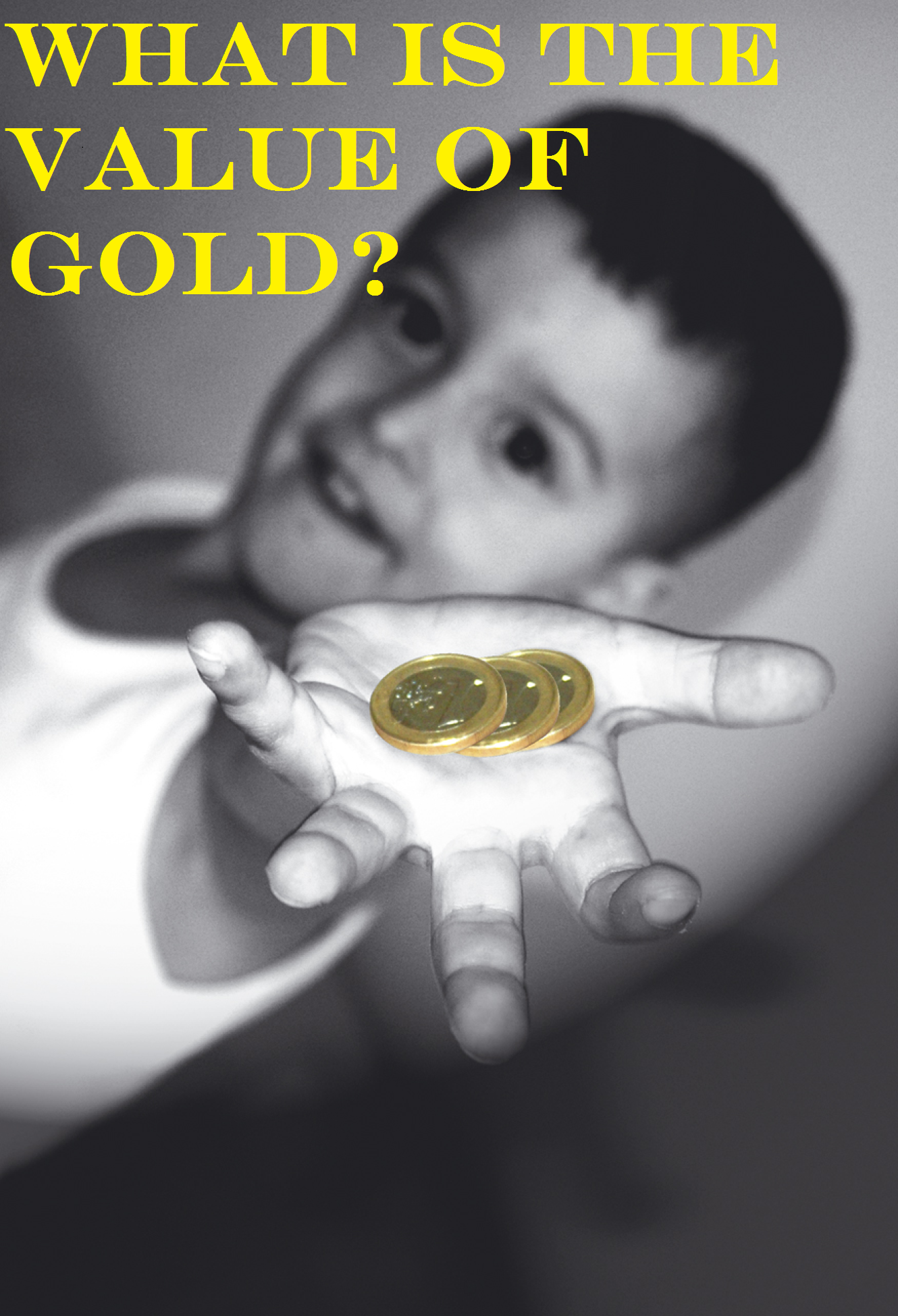 What is the Value of Gold?