The Origin of Gold and Silver Currency 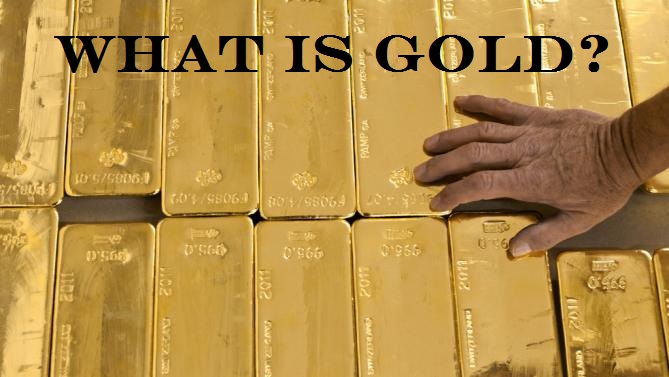 Why is everyone in such an uproar over gold? What is it and why is gold so important?

Simply put, gold is an atom. You probably remember Gold being listed on a periodic table under the symbol “Au” in high school chemistry class. Why is this important? Because gold is a chemical element; we cannot simply make more gold, even with all of our advanced technology today. Gold, like oxygen and carbon, simply is.

Modern technology has found a way of creating new molecules by merging together the atoms of which they are made up, so while we can create complex materials, like diamonds, there is no way of synthesizing gold. Yup, it turns out those alchemists in the Medieval era who claimed to be able to turn metal into gold were liars. And now you know why there are no more alchemists.

For the record, there is technically a way for us to manufacture new gold atoms, however, it is extremely dangerous and costly. So, until such a time comes when a gram of gold is worth more than $100,000,000 and a potential lab explosion, it is much more practical to simply mine for gold.

Gold is also the least reactive of all of the chemical elements on the periodic table, meaning it is not by any means a volatile element and, under normal circumstances, gold will always be gold. Unlike most atoms, gold is virtually unphased by acids, although it dissolves quickly in a mixture of nitric acid and hydrochloric acid as well as alkaline solutions of cyanide, which is another reason gold is easy to test for authenticity.

Gold also has an atomic number of 79, which makes it one of the highest naturally occurring elements in the universe. This has led scientists to believe that gold was created during a supernova nucleosynthesis and collision from neutron stars. This means that gold is a rare element even on a universal level.

It’s hypothesized that a sparse amount of gold atoms were wafting through the universe as space dust when our solar system was formed, which is why most of the gold on Earth probably sank to the planet’s core. Scientists believe that most of the gold that is found today in the Earth’s crust and mantle, closer to the surface, is the result of a large amount of asteroids colliding with the Earth about 4 billion years ago.

According to the Gold Fields Mineral Services, in 2014, the total amount of gold in circulation above ground reached 183,600 metric tonnes, or 405 million pounds. Precious metals are traditionally weighed in troy ounces, of which there are 12 in every pound. Still, not everyone agrees with that estimate, and gold experts have argued that number is closer to 150,000 tonnes.

Today, over 50% of the gold in existence is used in jewellery. Another 10% is used in industry manufacturing, since gold is highly malleable, conductive, and resistant to corrosion and in very small amounts are used to create circuit boards. That leaves less than 40% of the world’s gold to investors – and according to the gold mining industry, there is a finite amount of gold remaining inside the Earth.

Want to learn more about gold and it’s role in the modern economy? Get Ask About Gold by Michael Ruge available on Amazon and anywhere fine books are sold.