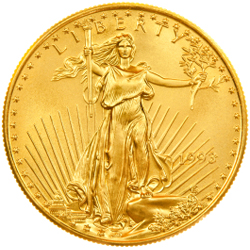 Here are the 6 most common uses for gold in the world today:

About 78% of gold consumed each year is made into jewelry. Jewelry is the most common way gold reaches consumers and has been a primary use for the metal in various cultures. Because of its beautiful and durable properties, gold jewelry is an adornment that is both ethereal and revered. Especially in India, adorning the body with gold is a way to attract wealth and blessings. Because gold is so rare and highly valued, this precious metal makes a natural currency and has for at least 6,000 years. The U.S. used to hold all its monetary currency to a gold standard, and since the turn of the millennium, gold value has been on the rise in the stock market. In an uncertain economy, gold has emerged as a possible financial staple. One of the most common ways to hold or invest in gold is in gold coins, gold bars, also gold bullion. A gold IRA is an increasingly popular way to invest in gold as well.

Gold is a highly efficient conductor that is able to carry tiny electrical charges, and because of this property, a small amount is found in almost all electronic devices, including cell phones, televisions, GPS units and more. Because gold is such an efficient conductor of electrical charges, it is also often found in desktop and laptop computers to transfer information quickly.

Gold makes for the best fillings, crowns, bridges and orthodontic appliances because the metal is chemically inert, easy to insert and nonallergenic. Gold has been used in dentistry since 700 B.C. and will probably continue to be the best option for replacing broken or missing teeth. In the medical field, small amounts of gold isotopes are used in certain radiation treatments and diagnosis. In the aerospace industry where reliable and effective technologies are key to survival, gold plays an essential role. Gold is used to lubricate mechanical parts, conduct electricity and coat the insides of space vehicles to protect people inside from infrared radiation and heat. As a highly esteemed precious metal, gold makes a natural appearance in crowns, awards, and religious statues. Because of its unparalleled beautiful qualities and rarity, gold is one of the highest status symbols. In everything from Academy Awards to Olympic medals, gold is recognized for its admirable qualities and it holds a permanent place of value in humanity’s eyes.